Almost as much as its adventures in space, the final mission of the Space Shuttle Endeavour - to get through the streets of Los Angeles to its final resting place - has captured the minds of a global audience. There’s so much about this that still manages to boggle my mind, and now we have some brilliant time lapse videos to see the movement in action.

This second video is almost exactly the same, but does have a clip of them lifting up some electrical wires out the way. It’s amazing how they managed to pull off this feat of extreme travel, incredible to have the view of a space shuttle tail fin winding its way through a leafy suburb, and brilliant to watch the city be put back together again once the behemoth has passed through. 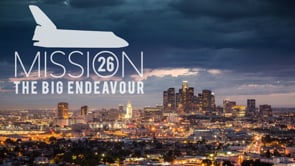