My Swift journey so far has been stop/start in nature, but recently it has become one of those hobbies that occupies a significant portion of my mind, one that I think about a solid 90% of the day. That’s good, really, because it’s a useful skill, coding, and one I am still very much at the early stages of grappling with.

I’m never quite sure how much detail to go into here, really, because is it interesting to read about someone else learning how to code? I don’t know. What I am confident in, though, is sharing the resources that are helping me along the way.

My current focus is on the really quite excellent 100 Days of Swift from Paul Hudson over at Hacking with Swift. Each day there’s some new stuff to learn or try out, with reviews and tests and even a bonus wordsearch to reinforce what you’ve learned. The structure of the course really helps to give you something to grab on to and stick with, and that’s what I’m aiming to do. 18 days and counting! I really recommend checking it out if you’ve ever wondered about diving into Swift.

If you’re still not convinced, then Paul has previously created the best video I’ve seen about programming - combining both my relatively new loves of Star Wars and Swift to convey what is actually a really good message for programmers and non-programmers alike. Sure, there’s a bit of nerdy stuff in the middle, but the first third about change and the final third about community really applies to everyone. 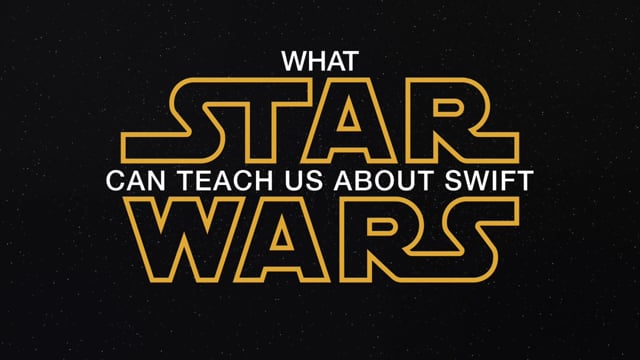 I’m under no illusions that I can influence anyone in the Swift world or get anywhere even near the org chart, certainly not at the slow pace I’m going. But hey, it’s about spreading the word and championing those that are doing the same, and I hope to learn and share a lot more about the people doing good in this arena.